It was supposed to be simple.

Help Marshal Sebastian Hardin escort his prisoner one stop on the railway to Charter Oak.

But when that prisoner is a savant who talks to ghosts, even the simplest plans have a way of falling apart.

Sheriff’s Deputy Ruth Cortez always does the right thing. Lucky Boy is a company town, dependent on the rich and powerful Carnarvon family. Besides which, the charismatic Sebastian Hardin isn’t an easy man to say no to. When his transport derails in the middle of the prairie, Ruth begins a relentless manhunt that leads straight into the dark heart of the Carnarvon empire.

Lee Merriweather favors sharp suits and fast trains – especially when he’s stealing them. At the ripe old age of 18, he’s managed to become the most wanted criminal in three territories. Lee can’t resist playing cat and mouse with a small-town deputy, but what starts as a game becomes deadly serious.

Sebastian Hardin is the Carnarvons’ right hand, loyal to the death and willing to keep any secret to protect the family. They want Lee alive, but with the young savant’s disturbing abilities it won’t be an easy proposition. Whoever catches Lee gets the keys to the kingdom and the Carnarvons aren’t the only ones hunting him down. Sebastian has enough problems without falling for Deputy Cortez – but you can’t always choose who you love.

They terrorized the settlers until Calindra Carnarvon learned to speak their language. Her empire relies on controlling their telekinetic powers, but Lee Merriweather could destroy it all. And not even Lee suspects the shocking truth of the phantoms’ real nature.

Well Diary… I Have Tuberculosis by Shirley Morgan pub. Apr 24, 2014

Sixteen year old Evelyn Bellak kept a diary while hospitalized in 1918 as a patient with tuberculosis. The treatment regimen was called a “rest cure” because there were no antibiotics then. The diary, found in a library, is an impassioned account of both her illness and the social scene at the sanatorium, but it ends abruptly. Who was this girl and what happened to her? All of that has been a mystery until now. 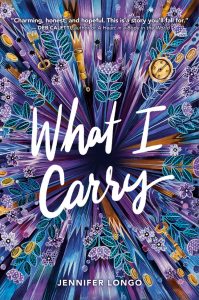 For readers of Robin Benway’s Far From the Tree, a powerful and heartwarming look at a teen girl about to age out of the foster care system.

Growing up in foster care, Muir has lived in many houses. And if she’s learned one thing, it is to Pack. Light.
Carry only what fits in a suitcase.
Toothbrush? Yes.
Socks? Yes.
Emotional attachment to friends? foster families? a boyfriend? Nope!
There’s no room for any additional baggage.
Muir has just one year left before she ages out of the system. One year before she’s free. One year to avoid anything–or anyone–that could get in her way.

Then she meets Francine. And Kira. And Sean.