I ran to Alaska to escape heartbreak, only to deliver myself into the jaws of a wolf.

Henry Wolf, that is. Owner of the luxury hotel chain, and an undeniably beautiful but cold, hard man who is quick with demands, slow with apologies.
And is my new boss.
Worse? I think he’s toying with me. He enjoys watching me squirm beneath his penetrating gaze. He relishes in messing with my mind. He seems to know that my body betrays me when he’s near.
And I’m beginning to think it’s only a matter of time before my job description expands to include tasks I can never talk about.

Tempt Me is the first book in The Wolf Hotel series. Henry and Abbi’s story continues with Break Me, Teach Me, and Surrender To Me. 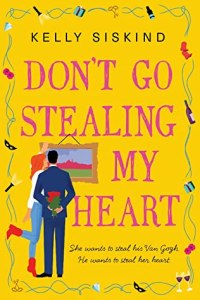 Treat yourself to the book Jen DeLuca says “sparkles” and “sizzles.”

Some people would call Clementine Abernathy a criminal. She considers herself a modern day Robin Hood, who steals from the rich and gives to the poor. Not exactly on the up-and-up, but she knows what it’s like to lose everything. Her latest heist involves swiping a priceless Van Gogh from its owner, who’s supposed to be an egotistical trust-fund brat.

Turns out Jack David is a sexy, kind-hearted man…and Clementine is in trouble. Falling for her mark would make her the World’s Dumbest Conwoman, but Jack is charmingly persistent, always singing sweet songs in her ear.

And that earth-shattering kiss? She never stood a chance.

Now she’s imagining a fresh start with this dashing man, but that means telling Jack about her past. And other nefarious sorts are after the same painting. Too soon, Clementine learns what it means to risk it all for love. 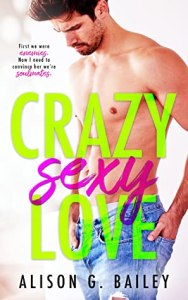 Doug and Sophie from The Dance get to tell their own crazy, sexy, love story.

Sophie is an intelligent independent woman. After her parents’ divorce when she was a child, Sophie tossed the idea of “happily ever after” out the window. No personal attachments or commitments is the way she lives her life. After her best friend, Bryson reunited with her soulmate Hart, Sophie is forced to allow his friends into her world. Luckily, she is fond of her new circle of friends, except when it comes to one handsome, six foot, green eyed buffoon who won’t take no for an answer… Doug Truman.

Doug is everything women want in a man. He is a self-described hottie, very witty, and quite the charmer. He can’t imagine any woman not wanting his attention. And they do. The problem is, Doug has a very short attention span, except when it comes to one woman… Sophie Cipriano. At first all he wanted was one night, thinking it would be enough to shake his obsession. If only his best friend, Hart, hadn’t deemed Sophie off limits. Now Doug can’t get her off his mind or out of his system.

When they met, they were enemies. When their best friends got married, they were acquaintances. When they became roommates, they got to be friends. And when they were friends, neither realized what was happening until it was too late.

In this dark, suspenseful thriller, Alex North weaves a multi-generational tale of a father and son caught in the crosshairs of an investigation to catch a serial killer preying on a small town.

After the sudden death of his wife, Tom Kennedy believes a fresh start will help him and his young son Jake heal. A new beginning, a new house, a new town. Featherbank.

But the town has a dark past. Twenty years ago, a serial killer abducted and murdered five residents. Until Frank Carter was finally caught, he was nicknamed “The Whisper Man,” for he would lure his victims out by whispering at their windows at night.

Just as Tom and Jake settle into their new home, a young boy vanishes. His disappearance bears an unnerving resemblance to Frank Carter’s crimes, reigniting old rumors that he preyed with an accomplice. Now, detectives Amanda Beck and Pete Willis must find the boy before it is too late, even if that means Pete has to revisit his great foe in prison: The Whisper Man.

And then Jake begins acting strangely. He hears a whispering at his window..

What do you do when the whole world has seen you getting down and dirty in a broom closet?

I, Elle Evans, am on the run.
Not from the fuzz—although that would be more exciting.
No, I’m on the run from the four-year-old private tape that, thanks to my vengeful ex, has probably already ruined my vlogging career.
There’s nothing like the entire world knowing what you look like mid-O.
Creek Keys, Florida, is a million miles away from NYC and the perfect place for me to hide for the rest of summer until I can figure out what I’m going to do.
Something that’s easier said than done since my new landlord’s daughter thinks you’re God’s greatest gift. Even better? Their beach house is right next to the one I’m renting, so there’s no getting away from her—or her hot, British dad.
Who most definitely does not think I’m role model material.
He might be right.
The problem is that neither of us can say no to her.
Or each other. 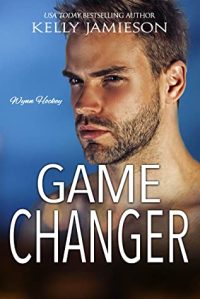 I don’t want anything to do with my crazy family’s drama, which I’ve been watching unfold from a distance over the last year, but now my grandfather has Alzheimer’s and I feel I need to at least make a quick visit to see him. My hockey season’s over, all I have to do is get through my teammate Steve’s wedding, and then I’m on a plane to Los Angeles to do my family duty. After that, I’ll head home to Manitoba for some summer R&R at the family lake cottage.

Molly Flynn
Nobody’s expecting what happens at my wedding, which becomes pandemonium. I need to get out of there. Fast. Who do I turn to? Jackson Wynn, one my fiancé’s teammates. He’s been a friend to me since I met Steve. For one night, we hide out in his condo, but he’s leaving in the morning for California. I want to go with him.

Jackson
I can’t take Steve’s fiancée with me to California. He’s going to flip shit over this. But the lying cheating bastard kind of deserves it, and I’ve always had a soft spot for Molly. Or maybe not so soft…because she’s not only sweet and kind, she’s hot as hell. This is a bad idea for so many reasons, and I sure as hell don’t need more drama in my life, but I can’t say no to her.