Nineteen-year-old Emma Bau has been married only three weeks when Nazi tanks thunder into her native Poland. Within days Emma’s husband, Jacob, is forced to disappear underground, leaving her imprisoned within the city’s decrepit, moldering Jewish ghetto. But then, in the dead of night, the resistance smuggles her out. Taken to Krakow to live with Jacob’s Catholic aunt, Krysia, Emma takes on a new identity as Anna Lipowski, a gentile.
Emma’s already precarious situation is complicated by her introduction to Kommandant Richwalder, a high-ranking Nazi official who hires her to work as his assistant. Urged by the resistance to use her position to access details of the Nazi occupation, Emma must compromise her safety—and her marriage vows—in order to help Jacob’s cause. As the atrocities of war intensify, so does Emma’s relationship with the Kommandant, building to a climax that will risk not only her double life, but also the lives of those she loves. 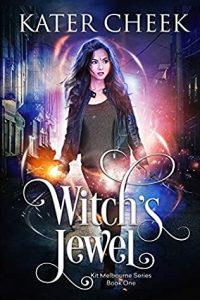 A sorcerous jewel. A mysterious uncle. Can a barista keep her magical heirloom safe from murderous crooks?

Kit Melbourne longs to quit her brother’s coffee shop to pursue her artistic dreams. And despite the temptation to sell the sought-after enchanted gem she inherited from her uncle, she promises her family to protect it at all costs. But when her brother’s tea-leaf reading predicts her imminent death, she’s terrified to discover those who want it will kill to make it theirs.

Forced to dig into her late relative’s murky past, Kit is doubly shocked when she learns the artifact’s mighty power cannot be transferred unless its caretaker is dead. But despite her command of karate and fierce vampiric allies, her attackers show no sign of giving up their relentless lethal pursuit.

Has Kit’s vow not to sell sealed her doom?

Buy Witch’s Jewel to dive into an epic world of Pagan magic today!

My whole world changed when I stepped inside the academy. Nothing is right about this place or the other students in it. Here I am, a mere mortal among gods…or monsters. I still can’t decide which of these warring factions I belong to, if I belong at all. I only know the one thing that unites them is their hatred of me.

Then there’s Jaxon Vega. A vampire with deadly secrets who hasn’t felt anything for a hundred years. But there’s something about him that calls to me, something broken in him that somehow fits with what’s broken in me.

Which could spell death for us all.

Because Jaxon walled himself off for a reason. And now someone wants to wake a sleeping monster, and I’m wondering if I was brought here intentionally—as the bait.

Up until two years ago, I was living large and my life’s priorities were anchored to three things – my NBA stardom, money and celebrity.

I was also a colossal dick.

Until one night turned my world upside down and I suffered unspeakable loss. That event changed the man I was and made me a widowed-single father.

Now I’m a desperate parent trying to raise my special needs son and find him a trustworthy live-in nanny.

Grad student Brooklyn Hayes may be the one, with her single-minded focus on caring for my son and finishing her Master’s degree. She’s the perfect fit for our needs.

Maybe too perfect… with her bright smile, nurturing kindness and gentle touch. Caleb isn’t the only one who’s fallen for her.

I don’t know when or how it happened, but she changed the game for me. Turning my losing streak into a winning second-half. 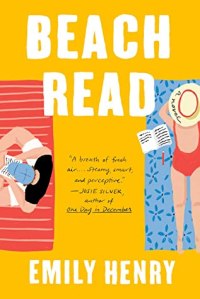 A romance writer who no longer believes in love and a literary writer stuck in a rut engage in a summer-long challenge that may just upend everything they believe about happily ever afters.

Augustus Everett is an acclaimed author of literary fiction. January Andrews writes bestselling romance. When she pens a happily ever after, he kills off his entire cast.

In fact, the only thing they have in common is that for the next three months, they’re living in neighboring beach houses, broke, and bogged down with writer’s block.

Until, one hazy evening, one thing leads to another and they strike a deal designed to force them out of their creative ruts: Augustus will spend the summer writing something happy, and January will pen the next Great American Novel. She’ll take him on field trips worthy of any rom-com montage, and he’ll take her to interview surviving members of a backwoods death cult (obviously). Everyone will finish a book and no one will fall in love. Really.

There was something about that first score, and not just on the football field.

I loved all of life’s firsts, which was why I’d been saving mine for one girl, my older sister’s best friend—Hazel Jones.

She was tough and sarcastic with walls around her heart as tall as a football stadium, but I knew she was the one for me.

Desperate times called for desperate measures and I’d have done anything to make her mine.

Like create a fake online persona.
Lie about my age.
Pretend I wasn’t some naive virgin.

And catfish the hell out of the love of my life. 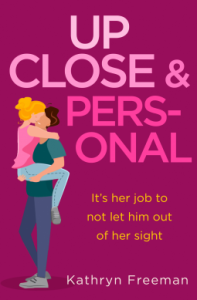 Sizzling chemistry, a page-turning will they/won’t they romance and the hottest twist on one of your favourite movies…

British actor Zac Edwards is the latest heartthrob to hit the red carpets. Hot, talented and rich, he sends women wild…all except one.

Zac might get her hot under her very starched collar, but Kat’s a professional – and sleeping with Zac is no way part of her remit…

The case is closed. Five years ago, schoolgirl Andie Bell was murdered by Sal Singh. The police know he did it. Everyone in town knows he did it.

But having grown up in the same small town that was consumed by the murder, Pippa Fitz-Amobi isn’t so sure. When she chooses the case as the topic for her final year project, she starts to uncover secrets that someone in town desperately wants to stay hidden. And if the real killer is still out there, how far will they go to keep Pip from the truth? 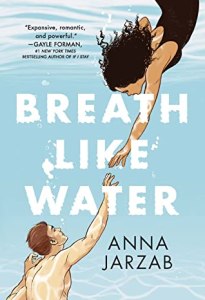 “Expansive, romantic, and powerful.” —Gayle Forman, #1 New York Times bestselling author of If I Stay and I Have Lost My Way

Susannah Ramos has always loved the water. A swimmer whose early talent made her a world champion, Susannah was poised for greatness in a sport that demands so much of its young. But an inexplicable slowdown has put her dream in jeopardy, and Susannah is fighting to keep her career afloat when two important people enter her life: a new coach with a revolutionary training strategy, and a charming fellow swimmer named Harry Matthews.

As Susannah begins her long and painful climb back to the top, her friendship with Harry blossoms into passionate and supportive love. But Harry is facing challenges of his own, and even as their bond draws them closer together, other forces work to tear them apart. As she struggles to balance her needs with those of the people who matter most to her, Susannah will learn the cost—and the beauty—of trying to achieve something extraordinary.