Here are my TBR adds this week. The title links will take you to Goodreads, and I’m also linking up to other bloggers/booktubers, etc. whose reviews, comments, or posts encouraged me to give these a try! Sharing some blogger love!! Some of these I actually added prior to this week, but I just ran out of time to add them in previous Friday Finds.

The Fae and the Fallen by Brittni  Chenelle pub. April, 2020

When 80% of the population is gifted with touch magic, it’s best to keep your hands—and your lips—to yourself. Especially if you’re an ungifted serf like I am.

The problem is, the most dangerous guy at Gifted Fae Academy is the one I want to touch more than anything, even as I draw the attention of the school’s most gorgeous Apprentice Fae.

When my entry exam leads to the revelation that I may not be as Ungifted as I previously believed… well… surviving until graduation might prove harder than I thought—particularly when a certain fatal touch may be worth the risk.

This Upper YA/NA series will eventually be three books and is intended for mature audiences. It contains cursing, sexual situations, and violence.

Sought-after social media influencer Sara Vance, in recovery from an eating disorder, is coming into her own, with a potential career expansion on the horizon. Despite the good news, her successful siblings (and their perfect spouses) have a way of making her feel like the odd one out. So, when her unreliable boyfriend is a no-show for a Florida family vacation, Sara recruits Luis Navarro—a firefighter paramedic and dive captain willing to play the part of her smitten fiancé . . .

Luis’s big Cuban familia has been in Key West for generations, and his quiet strength feeds off the island’s laidback style. Though guarded after a deep betrayal, he’ll always help someone in need—especially a spunky beauty with a surprising knowledge of Spanish curse words. Soon, he and Sara have memorized their “how we met” story and are immersed in family dinners, bike tours, private snorkeling trips . . . sharing secrets, and slow, melting kisses. But when it’s time for Sara to return home, will their island romance last or fade with the stunning sunset? 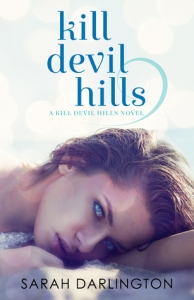 His life is exactly the way he’s always wanted it to be…stable.
She’s quite possibly the very definition of unstable.

Noah saved her.
Georgina never wanted to be saved.

Growing up, Noah Clark was passed from one relative to the next until he finally ended up living with his abusive, alcoholic uncle in Kill Devil Hills, North Carolina. Thanks in part to the unwavering love and support of his best friend, Ellie Turner, Noah survived those years, escaped his uncle, and grew into the man he is today. Now he runs his own business and lives a pretty normal, no-nonsense life—one where he maintains a high level of control.

Georgina is Ellie’s younger sister. Four months ago, Noah saved Georgie’s life, but he thought that was where his involvement with his friend’s sister would end. Now Georgie has returned home from the recovery facility her parents sent her away to and Noah, still haunted by the night that connects them, can’t stop himself from continuously trying to protect this girl he barely knows. But is he willing to give up all of the control he’s worked so hard to build in his life and risk everything for her? Even more importantly, would she do the same for him?

An extraordinary debut novel of love that survives the fires of hell and transcends the boundaries of time.

The narrator of The Gargoyle is a very contemporary cynic, physically beautiful and sexually adept, who dwells in the moral vacuum that is modern life. As the book opens, he is driving along a dark road when he is distracted by what seems to be a flight of arrows. He crashes into a ravine and suffers horrible burns over much of his body. As he recovers in a burn ward, undergoing the tortures of the damned, he awaits the day when he can leave the hospital and commit carefully planned suicide—for he is now a monster in appearance as well as in soul.

A beautiful and compelling, but clearly unhinged, sculptress of gargoyles by the name of Marianne Engel appears at the foot of his bed and insists that they were once lovers in medieval Germany. In her telling, he was a badly injured mercenary and she was a nun and scribe in the famed monastery of Engelthal who nursed him back to health. As she spins their tale in Scheherazade fashion and relates equally mesmerizing stories of deathless love in Japan, Iceland, Italy, and England, he finds himself drawn back to life—and, finally, in love. He is released into Marianne’s care and takes up residence in her huge stone house. But all is not well. For one thing, the pull of his past sins becomes ever more powerful as the morphine he is prescribed becomes ever more addictive. For another, Marianne receives word from God that she has only twenty-seven sculptures left to complete—and her time on earth will be finished.

Already an international literary sensation, the Gargoyle is an Inferno for our time. It will have you believing in the impossible.

A perfect story for contemporary fantasy readers who love their narratives razor-sharp and their secrets dark and deadly.

Black Hollow is a town with a dark secret.

For centuries, residents have foretold the return of the Dreamwalker—an ominous figure from local folklore said to lure young women into the woods and possess them. Yet the boundary between fact and fable is blurred by a troubling statistic: occasionally, women do go missing. And after they return, they almost always end up dead.

When Kai wakes up next to the lifeless body of a recently missing girl, his memory blank, he struggles to clear his already threadbare conscience.

Miya, a floundering university student, experiences signs that she may be the Dreamwalker’s next victim. Can she trust Kai as their paths collide, or does he herald her demise?

And after losing a young patient, crestfallen oncologist, Mason, embarks on a quest to debunk the town’s superstitions, only to find his sanity tested.

A maelstrom of ancient grudges, forgotten traumas, and deadly secrets loom in the foggy forests of Black Hollow. Can three unlikely heroes put aside their fears and unite to confront a centuries-old evil? Will they uncover the truth behind the fable, or will the cycle repeat? 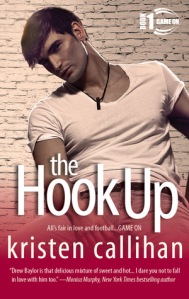 The rules: no kissing on the mouth, no staying the night, no telling anyone, and above all… No falling in love

Anna Jones just wants to finish college and figure out her life. Falling for star quarterback Drew Baylor is certainly not on her to do list. Confident and charming, he lives in the limelight and is way too gorgeous for his own good. If only she could ignore his heated stares and stop thinking about doing hot and dirty things with him. Easy, right?

Too bad he’s committed to making her break every rule…

Football has been good to Drew. It’s given him recognition, two National Championships, and the Heisman. But what he really craves is sexy yet prickly Anna Jones. Her cutting humor and blatant disregard for his fame turns him on like nothing else. But there’s one problem: she’s shut him down. Completely.

That is until a chance encounter leads to the hottest sex of their lives, along with the possibility of something great. Unfortunately, Anna wants it to remain a hook up. Now it’s up to Drew to tempt her with more: more sex, more satisfaction, more time with him. Until she’s truly hooked. It’s a good thing Drew knows all about winning.

All’s fair in love and football…Game on

What if everything you set yourself up to be was wrong?

Frances has been a study machine with one goal. Nothing will stand in her way; not friends, not a guilty secret – not even the person she is on the inside. Then Frances meets Aled, and for the first time she’s unafraid to be herself.

So when the fragile trust between them is broken, Frances is caught between who she was and who she longs to be. Now Frances knows that she has to confront her past. To confess why Carys disappeared…

Frances is going to need every bit of courage she has.

Engaging with themes of identity, diversity and the freedom to choose, Radio Silence is a tor de force by the most exciting writer of her generation.

Gul has spent her life running. She has a star-shaped birthmark on her arm, and in the kingdom of Ambar, girls with such birthmarks have been disappearing for years. Gul’s mark is what caused her parents’ murder at the hand of King Lohar’s ruthless soldiers and forced her into hiding to protect her own life. So when a group of rebel women called the Sisters of the Golden Lotus rescue her, take her in, and train her in warrior magic, Gul wants only one thing: revenge.

Cavas lives in the tenements, and he’s just about ready to sign his life over to the king’s army. His father is terminally ill, and Cavas will do anything to save him. But sparks fly when he meets a mysterious girl–Gul–in the capital’s bazaar, and as the chemistry between them undeniably grows, he becomes entangled in a mission of vengeance–and discovers a magic he never expected to find.

Dangerous circumstances have brought Gul and Cavas together at the king’s domain in Ambar Fort . . . a world with secrets deadlier than their own. Exploring identity, class struggles, and high-stakes romance, Hunted by the Sky is a gripping adventure set in a world inspired by medieval India.

1834. Sophia Thompson wants nothing more than to be one of the famed Bow Street Runners, London’s most elite corps of detectives. Never mind that a woman has never before joined their ranks–and certainly never mind that her reclusive family has forbidden her from pursuing such an unladylike goal.

She gets the chance to prove her capabilities when an urgent letter arrives from her frantic cousin Daphne, begging Sophia to come look into the suspicious death of Daphne’s brother.

As Sophia begins to unravel the tangled threads of the case–with the help of a charming young policeman–she soon realizes that the murderer may be even closer to her family than she ever suspected.

Who is Captain Harry Fanton?

When Juliana Milford first encounters Captain Harry Fanton, she finds him arrogant and rude. There’s no way she’ll fall for his dazzling smile! Her visit to Chadcombe House was always going to prompt questions over her scandalous family, so she’s touched when Harry defends her reputation. She’s discovering there’s more to Harry than she’d first thought…

A man so plagued by the demons of war, he’s sworn he’ll never marry, no matter how tempted…

What books did you add to your TBR this week???? I think it’s safe to say that I’ll never hit the bottom of my TBR…