Here are some of my TBR adds this week. The title links will take you to Goodreads, and I’m also linking up to other bloggers/booktubers, etc. whose reviews, comments, or posts encouraged me to give these a try! Sharing some blogger love!!

A love story between a vampire and a werewolf by the creator of the enormously popular Sarah’s Scribbles comics.

Elsie the vampire is three hundred years old, but in all that time, she has never met her match. This all changes one night in a bar when she meets Jimmy, a charming werewolf with a wry sense of humor and a fondness for running wild during the full moon. Together they enjoy horror films and scary novels, shady strolls, fine dining (though never with garlic), and a genuine fondness for each other’s unusual habits, macabre lifestyles, and monstrous appetites.

First featured as a webcomic series on Tapas, Fangs chronicles the humor, sweetness, and awkwardness of meeting someone perfectly suited to you but also vastly different. Filled with Sarah Andersen’s beautiful gothic illustrations and relatable relationship humor, Fangs has all the makings of a cult classic.

Having worked for Southern Service Paws for a few years now, I like to think I’m prepared for just about any client meeting under the sun. I am dead wrong.

The day I meet with single dad, Jacob Broaden, about potentially matching his daughter with one of our service dogs, I learn a few valuable lessons.

1) Always set my alarm clock.
2) Single dads are way hotter than I previously thought.
3) It is possible to go from fantasizing about kissing someone to wishing they would be run over by a truck in a matter of two minutes.

Unfortunately, I don’t hold that opinion of him for very long. Not when he shows me a different side of himself—one that’s sweet as maple syrup and hot as apple pie fresh out of the oven.

Too bad this guy is so far out of my league that I shouldn’t even be allowed to enter the game. Jake doesn’t seem to get that memo though. And after a few days of working closely with him and his daughter, he starts looking at me with fire in his eyes, making me dream of something I probably shouldn’t…

“The Match is a feel-good romantic comedy! Perfect for readers who enjoy a sizzling romance without explicit content.”

For both Zane and Darby, their small town roots hold a terrible secret. Now, decades later, they’ve come together to build a new life. But will the past set them free or pull them under?

Zane Bigelow grew up in a beautiful, perfectly kept house in North Carolina’s Blue Ridge Mountains. Strangers―and even Zane’s own aunt across the lake―see his parents as a successful surgeon and his stylish wife, making appearances at their children’s ballet recitals and baseball games. Only Zane and his sister know the truth, until one brutal night finally reveals cracks in the facade, and Zane escapes for college without a thought of looking back…

Years later, Zane returns to his hometown determined to reconnect with the place and people that mean so much to him, despite the painful memories. As he resumes life in the colorful town, he meets a gifted landscape artist named Darby, who is on the run from ghosts of her own.

Together they will have to teach each other what it means to face the past, and stand up for the ones they love.

A mysterious child teaches two strangers how to love and trust again.

After the loss of her mother and her own battle with breast cancer, Joanna Teale returns to her graduate research on nesting birds in rural Illinois, determined to prove that her recent hardships have not broken her. She throws herself into her work from dusk to dawn, until her solitary routine is disrupted by the appearance of a mysterious child who shows up at her cabin barefoot and covered in bruises.

The girl calls herself Ursa, and she claims to have been sent from the stars to witness five miracles. With concerns about the child’s home situation, Jo reluctantly agrees to let her stay—just until she learns more about Ursa’s past.

Jo enlists the help of her reclusive neighbor, Gabriel Nash, to solve the mystery of the charming child. But the more time they spend together, the more questions they have. How does a young girl not only read but understand Shakespeare? Why do good things keep happening in her presence? And why aren’t Jo and Gabe checking the missing children’s website anymore?

Though the three have formed an incredible bond, they know difficult choices must be made. As the summer nears an end and Ursa gets closer to her fifth miracle, her dangerous past closes in. When it finally catches up to them, all of their painful secrets will be forced into the open, and their fates will be left to the stars.

To the outside world, Cara’s life seems perfect. The only one who knows the dark secrets inside her home is her best friend and next-door neighbor, Adam. Cara’s only escape is by writing and sharing her stories with him through their facing bedroom windows late at night.

Just when everything seems to get better, Cara’s world shatters, causing her to spiral into a deep depression and writer’s block. Even though Adam promises her “everything will be okay,” she knows things will never be the same.

As she clutches to the fractured wounds of the past, how will Cara ever be able to love or write again?

Breathtaking is a heart-wrenching coming-of-age story that fans of John Green and Nicholas Sparks will love. 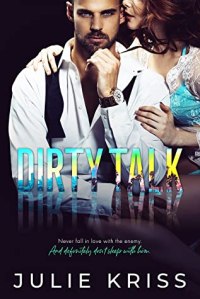 They told me Noah Pearson was gorgeous. Sinful. A successful venture capitalist. A Hollywood playboy. The kind of man I can usually spend the night with, then walk away from, no strings attached.

No one told me I’d become addicted.

Noah is all wrong for me. He’s charming and scandalous. He tears down all the careful walls I live behind. But when he talks dirty to me in that voice as smooth as whiskey, it isn’t long before I’m throwing out my rule book and agreeing to a sexy, no-emotions-allowed fling.

It shouldn’t mean anything to either of us. We should be able to walk away.

Why, then, do I feel like our white-hot affair is the only thing worth fighting for? 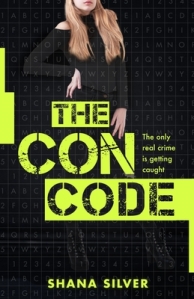 A teen forger and thief forms a criminal crew from her high school friends (and crush) to perform a series of heists leading to the location of her missing mother in this action-packed contemporary YA novel.

By day, seventeen-year-old Fiona Spangler runs small cons for her ritzy prep-school classmates: getting them out of tests and forging fake hall passes. But by night, Fiona joins her dad on riskier heists: stealing back the clue-filled forgeries her mom scattered across the country before she disappeared. Fiona desperately hopes that her mother will be waiting at the end of the scavenger hunt she left behind.

And they are SO close. Just three more heists remain, but then disaster strikes when Fiona’s dad is captured by the FBI. Desperate to finish the job and save what’s left of her family, Fiona assembles of crew of teen criminals: a master of disguise who can transform into anyone, a talented hacker who only communicates in glares, and a rival con artist with a vendetta against—and possible crush on—Fiona.

All they have to do is perform three nearly impossible heists, solve her mother’s incredibly complex clues, and evade the FBI. Easy, right?

What books did you add to your TBR this week???? I think it’s safe to say that I’ll never hit the bottom of my TBR. I usually add more to the TBR than I read each week.