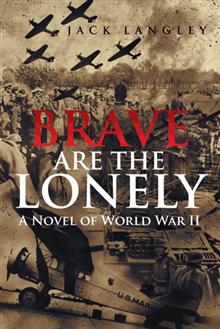 Jim Mathews is a high school senior in a small town near Little Rock, Arkansas, and his future doesn’t look bright. He works a variety of odd jobs to help support his mother. His grades aren’t exemplary, but at least he graduates. On a whim, he joins the US Marine Corps, and on the last day of August in 1940, he ships out to boot camp in Parris Island, South Carolina. At the time, talk of war is on the horizon, but Mathews has no idea of what he will eventually face.

Brave Are the Lonely follows the course of his military career—from boot camp to advanced infantry training and Officer’s Candidate School Training at Quantico, Virginia, to tours of duty in four fierce, major battles, including Roi-Namur, Saipan, Tinian, and Iwo Jima, where he is awarded the Congressional Medal of Honor. It also shares the story of his personal life—how he meets his wife Helen and how he spends his postwar years crisscrossing the country on behalf of the government, recalling his retirement from the military and his life as an educator in a relatively obscure small town in Georgia.

This historical novel provides insight into the battles in the Pacific during World War II and pays tribute to the men who gave their lives.

Enter to win a $25 Amazon GC!!!
a Rafflecopter giveaway

About the Author ~ JACK LANGLEY 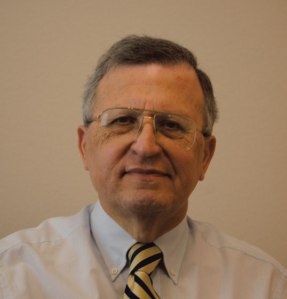 Jack Langley is a practicing locum tenens general surgeon. He lives with his wife, Janet, in Georgia. They have three children, three grandchildren, and three precocious Tonkinese cats.

By A.A. Pencil
Date Published: 11/12/2013
Mystery/Thriller
C. Moore Catholic High School’s 10-year reunion was organized as many reunions are – to reminisce, to see who had made a success of their lives, and in truth, to gossip on who had not.  But this party in the secluded, 1890’s mansion once owned by a long dead, paranoid WWII Veteran, was to become anything but typical.
After a horrible accident within the mansion, the alumni realize they are locked in and fighting for their lives.  Instantly, tempers rise and fingers are pointed as the number of living alumni begins to rapidly decrease.  Theories range from there being a murderer in the midst to the mansion possibly being haunted by the previous owner’s ghost.
Who or what is responsible and will anyone make it out alive?
Find out for yourself in this combination of a mystery and psychological thriller, with a twisted ending!

A. A. Pencil works part time as a school nurse at an all-boys Catholic school in New York City. As a Lupus survivor, she uses writing as a significant part of her therapy and you will see influences from classical writers such as Agatha Christie and Edgar Alan Poe in her work.  When not working or writing, she enjoys cooking, shopping and walking. She has sponsored a child in Mexico for over three years with a children’s organization. She currently lives in a borough of New York City with her extended family who are her greatest supporters.
Author Links
Website | Facebook
Buy Link
Amazon
To celebrate the release of AA Pencil’s debut novel “The Reunion” – During the months of November & December – 1% of the gross sales of all novels with Lavish Publishing, LLC will be donated to the Lupus Foundation of America.  The donation will be made in May 2014 in honor of AA Pencil and National Lupus Awareness Month.
This Promo Blitz is brought to you by Reading Addiction Book Tours

A study of history shows us that a Nation is only as strong as the will of its citizens to fight for it. America has been tested many times over in its relatively short history. From the Revolutionary War on down to the present conflicts in the Middle East, the majority of the American citizens were willing to place their lives and futures in danger to preserve and build the future of this Nation. Even when the requirements of the military required the use of conscription in order to meet the needs of the day, most citizens were willing to shoulder their responsibilities and deliver the results that were of benefit to all Americans. Many times they have assured a future for this Nation by rising to the occasion. This is especially true today as the burden is falling on an entirely “volunteer force”.

About the Author ~ Donald Bartling

The author is farmer that took this time to serve in the US Army in 1951-52. He returned to his chosen occupation in October 1952.

Rain was common this time of year, which helped keep the temperature down and was vital to the newly planted crops. Unfortunately, it occasionally escalated into tropical storms and hurricanes. As a result of all the moisture and activity in the skies, storms were always brewing somewhere off the coast.
Even when they did culminate in a land-based storm, battering poor Galveston for the umpteenth time, they were little more than a thunderstorm by the time they reached central Texas. Despite this, the exact coordinates of the current storm system in the Gulf, its windspeeds, its trajectory, were an endless source of conversation.
When do you think it’ll touch down?” Joe mused.
“Can’t say.” Mr. Winterman shook his head. “Any day, though. Could happen.”
“Yeah, but it probably won’t reach us,” Joe said, being a fairly reasonable and levelheaded individual despite his youthful antics and current sheriff’s uniform. Or maybe because of them.
Mr. Winterman grunted. “Right when you least expect it, that’s when it’ll happen.”
Just then, the cowbell over the door clanged. Natalie looked up, dragging her gaze over well-hung jeans, a faded T-shirt…and a face that damn near stopped her heart. Scruffy and solemn and—damn, damn, damn—familiar.
“Sawyer,” she breathed.
There was too much noise in the diner for him to have heard her, too much distance between her behind the counter and him just inside the door, but his gaze honed in on her. Recognition flared in his eyes. And something else. Something dark and hot and clenching tight in her belly.
Lucy turned too. “He’s the guy who got me all wet. That’s Sawyer Nolan? He looks so different.”
“Mmm-hmm,” Natalie murmured, although he didn’t really. Taller, bigger, thicker in all the right places, but the same clear brown eyes that lit from within when they met hers.
It had been five years since he’d made an afternoon appearance in a black suit for his father’s funeral. Another six since he’d graduated high school and left town as quickly as the Greyhound could carry him. Even after all these years and all this distance, she remembered the feel of his arms around her waist. He had been a lanky teenager, but even then he’d been taller than her, bigger than her. Now he was massive. He would engulf her. His hands on her hips and his mouth over hers. He would swallow her whole, and please, yes, where could she sign up?

About the Author ~ Amber Lin

Amber Lin writes edgy romance with damaged hearts, redemptive love, and a steamy ever after. RT Book Reviews called her debut novel, Giving It Up, “truly extraordinary.” Amber married her high school sweetheart, gave birth to a kid who’s smarter than she is, and spends her nights writing down her dirty thoughts. In other words, life is good.

Ramblings of a Book Lunatic – Review

A Little Fiction of Every Flavour – Review

Bestselling western romance authors, Kat Flannery and Alison Bruce take you on an exciting journey with the release of HAZARDOUS UNIONS, Two Tales of a Civil War Christmas.

“You’ll sigh with pleasure as you finish each story” ~ Caroline Clemmons, author of Bluebonnet Bride

“Stories that play on your senses like a sonata. A must read!” ~ Jacquie Rogers, award-winning author of Much Ado About Madams

“Wonderfully entertaining and well-written, with engaging characters…delightful!” ~ Charlene Raddon, author of To Have and To Hold

After the death of their father, twin sisters Maggie and Matty Becker are forced to take positions with officers’ families at a nearby fort. When the southern states secede, the twins are separated, and they find themselves on opposite sides of America’s bloodiest war.

In the south, Maggie travels with the Hamiltons to Bellevue, a plantation in west Tennessee. When Major Hamilton is captured, it is up to Maggie to hold things together and deal with the Union cavalry troop that winters at Bellevue. Racism, politics and a matchmaking stepmother test Maggie’s resourcefulness as she fights for Bellevue, a wounded Confederate officer and the affections of the Union commander.

In the north, Matty discovers an incriminating letter in General Worthington’s office, and soon she is on the run. With no one to turn to for help, she drugs the wealthy Colonel Cole Black and marries him, in hopes of getting the letter to his father, the governor of Michigan. But Cole is not happy about being married, and Matty’s life becomes all about survival.

Alison Bruce has had many careers and writing has always been one of them. Copywriter, editor and graphic designer since 1992, Alison has also been a comic book store manager, small press publisher, webmaster and arithmetically challenged bookkeeper. She is the author of mystery, suspense and historical romance novels.

Kat Flannery’s love of history shows in the novels she writes. She is an avid reader of historical, suspense, paranormal, and romance. When not researching for her next book, Kat can be found running her three sons to hockey and lacrosse. She’s been published in numerous periodicals. This is Kat’s third book and she is hard at work on her next.