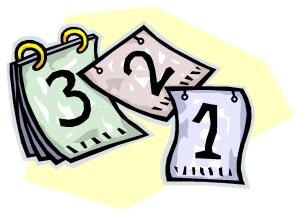 As far as my reading challenges go ~

Review Pile Reading Challenge: The Here and Now, Breathe Into Me, The Duke’s Shotgun Wedding, The Word Exchange, The Kraken King Part 1, and The Broken all were picked up on NetGalley for review.

Dystopia Reading Challenge: The Here and Now, and The Word Exchange both were categorized as dystopian.

2014 Series Challenge: I read all the books in the Secret Series that have thus far been released. More to come, though, in 2014. The Broken (Apostles #1) will also go towards this challenge as the second book is set to release later this year. The Kraken King Part 1 is also a part of a series that I may catch up on. The Pleasures of Spring is another series I may catch up on. You Never Know has a spin-off coming up, but I’m not yet sure if that one will count or not.

May Reviews Coming Up

The Rook and Ronin Omnibus ~ This review went live today!
The Recruit by Fiona Palmer
Elfin by Quinn Loftis
All For You by Jessica Scott
Jane Austen Girl by Inglath Cooper
Shocking Heaven by D.H. Sidebottom
Love’s Paradox by Laura Kreitzer
Torn Away by Jennifer Brown
The Tyrant’s Daughter by J.C. Carleson
The Burning by Jane Casey
See Through Me (Lose My Senses #1) by Sera Bright
Second Star by Alyssa B. Sheinmel
Then and Now by Dani Atkins
Whisper To Me by Christina Lee
What It Takes by Kathryn Ascher
We Are the Goldens by Dana Reinhardt

Aside from the Rook and Ronin Omnibus, I’ve already read the top 8 books on the list for May, with one acception (a DNF). So, that’s only 7 books I have to read. All 7 of those are NetGalley books being released in May. I like to try to put up my review on release day or very close. 7 books isn’t a thing, so I’ll be adding in lots of other books this month. Honestly, reading them is way simpler than writing the reviews for me (it takes away from my reading time!!!!), so I don’t know how many more reviews I’ll be adding to the list above for May. That’ll be a surprise!!

As a thank you for reading, I’m giving one blog follower their choice of ebook via Amazon ($5.00 or less). The only requirement is that you follow via Bloglovin or email. Leave me a meaningful comment: What you thought about any of these, one of my reviews, what you enjoyed in April, look forward to in May, etc., and leave which method you follow – email of bloglovin. If your email is different than the one you’re commenting with, then you’ll have to leave your email, so I can verify, or your bloglovin name.

•Sign-ups will remain open until December 31st, 2014 at 11:59 p.m. Pacific
•Grab one of the buttons to show off your participation! Parajunkee did a great job with them!
•You DO NOT have to have a blog to join this challenge. You just need to have some books received for review and a place online to review them
•Create a sign-up post announcing your intention to participate and link up below. If you do not have a blog, you can link up to your Goodreads profile that shows your 2014 Review Pile Reading Challenge shelf
•Please link back to the hosts in your sign-up posts
•This challenge is to help clear up books you’ve received for review. Any format, or any length, as long as you received the book specifically for review, is allowed
•There will be a kick-off post on January 1, 2014 at both Fiktshun and Phantasmic Reads where you’ll be able to leave your links for any January reviews. (No 2013 reviews.) At the beginning of every month, starting in February, these posts will alternate between both blogs. (See schedule below)
•If you forgot to leave your review link in the challenge month in which you reviewed the book or the linky list closed before you had a chance to leave it, you can leave it in a future month. (No duplicates.)
•There will also be monthly giveaways – make sure you check in each month!
•Use the hashtag #RPRC2014 to share your progress and connect with other participants on Twitter

I’m going to go all out and choose the adept level. Now, I know I’ll easily read 40 books in 2014, but my problem will come with making the posts, but we shall see. Between author requests and NetGalley, I’ll have more than enough books to read!! I usually struggle with stopping to make a post. I tend to want to jump right on into the next book! I’m working on getting better with that, though.