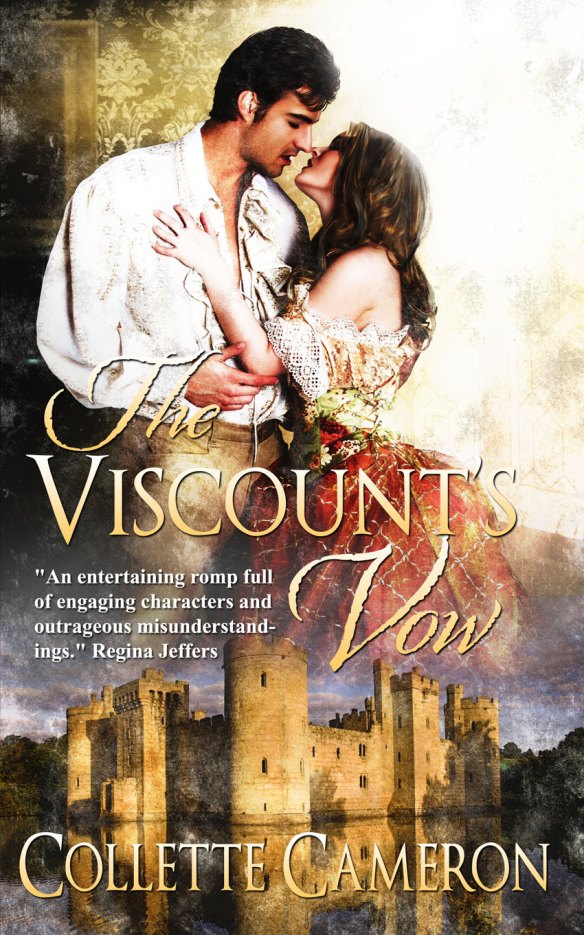 Amidst murder and betrayal, destiny and hearts collide when scandal forces a viscount and a gypsy noblewoman to marry in this Regency romance, sprinkled with suspense, humor, and inspiration.
Half Romani, half English noblewoman, Evangeline Caruthers is the last woman in England Ian Hamilton, the Viscount Warrick, could ever love—an immoral wanton responsible for his brother’s and father’s deaths. She thinks he’s a foul-tempered blackguard, who after setting out to cause her downfall, finds himself forced to marry her—snared in the trap of his own making.

When Vangie learns the marriage ceremony itself may have been a ruse, she flees to her gypsy relatives, declaring herself divorced from Ian under Romani law. He pursues her to the gypsy encampment, and when the handsome gypsy king offers to take Ian’s place in Vangie’s bed, jealousy stirs hot and dangerous.

At last, under a balmy starlit sky, Ian and Vangie breech the chasm separating them. Peril lurks though. Ian’s the last in his line, and his stepmother intends to dispose of the newlyweds so her daughter can inherit his estate. Only by trusting each other can they overcome scandal and murderous betrayal.

Ian placed a hand on Vangie’s shoulder. “I’m so very sorry.”
Oh, how she needed a comforting touch. But not his. Never again his.
She wrenched away from him.
Her voice ringing with scathing condemnation, she said, “Tell me, Lord Warrick, are you terribly disappointed I’ll not have a distended belly proclaiming to the world I carry your seed before you discard me?”
Vangie heard him suck in a great gulp of air.
“She was lying, Vangie.”
She clamped a hand over her mouth to stifle the sobs demanding release.
Was she? Or was Lucinda telling the truth, and Ian the liar?
When she didn’t respond he pressed, “Lucinda knew you were behind me. Her lies were contrived to cause you pain and grief.”
He laid a hand on her shoulder. “We’re legally married. By all that is holy, I swear it.”
What did he know of holiness?
Vangie struggled to turn over, the weight of the quilt covering her adding to the burden of her grief. She pinned him with a direct look.
“Tell me one thing,” she rasped. “Did you or did you not venture to London for the express purpose of causing my downfall?”
“Vangie. . .”
“Perhaps downfall isn’t accurate. Putting me in my place? Giving me my just due? Ruining me?”
He said nothing. Had guilt rendered him speechless? She searched his face. His handsome features were etched with sorrow, and his eyes . . . was that regret? Or . . . could it be? Were those tears awash in the silvery depths?
Her heart twisted painfully. Blast and damn. No. She’d not feel compassion for him. She was the victim. She would offer him no quarter, no mercy.
“Well, did you?”
“That was before I. . .”
Pain, razor-sharp pierced her heart and left it bleeding. “It’s a simple question, Ian. Yes or no?”
“It’s not that simple—”
With a doggedness that surprised even her, Vangie persisted. “Yes or no?”
“Sweeting, I’d been told. . .”
Told? Fury whipped anew. She bit out, “Yes. Or. No?”
Absolute, resolute, demanding truth’s validation, either to mend her shattered heart or annihilate it completely, Vangie would have her answer. No more a corked-brained, beguiled miss, blinded by love. Looking through the twin lenses of betrayal and deceit, she could at last see Ian clearly.
His eyes pleaded with her to understand. His voice low and filled with self-condemnation, he uttered but one syllable.
“Yes.”

About the Author ~ Collette Cameron 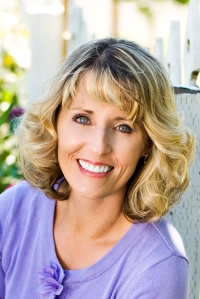 Multi-published historical romance author Collette Cameron has a BS in Liberal Studies and a Master’s in Teaching. She only teaches part-time so she has time for her greatest passion: writing. Collette’s been married for 30 years, has 3 amazing adult children, and 5 dachshunds. Collette loves a good joke, inspirational quotes, flowers, the beach, trivia, birds, shabby chic, and Cadbury Chocolate. You’ll always find dogs, birds, quirky—sometimes naughty—humor, and a dash of inspiration in her novels. Her motto for life? You can’t have too much chocolate, too many hugs, or too many flowers. She’s thinking about adding shoes to that list.

Collette would love hearing from you.
http://collettecameron.com
http://blueroseromance.com
You can also connect with her on Twitter, Facebook, LinkedIn, Goodreads, & Google+.