It’s Monday! What Are You Reading? a place to meet up and share what you have been, and are about to be reading over the week. It’s a great post to organise yourself. It’s an opportunity to visit and comment and er… add to your groaning TBR pile! So welcome in everyone. This meme started on J Kaye’s blog and then was hosted by Sheila from Book Journey. Sheila then passed it on to Kathryn at The Book Date.Jen Vincent, Teach Mentor Texts, and Kellee of Unleashing Readers decided to give It’s Monday! a kidlit focus. If you read and review books in children’s literature – picture books, chapter books, middle grade novels, young adult novels or anything in those genres – join them.

END_OF_DOCUMENT_TOKEN_TO_BE_REPLACED 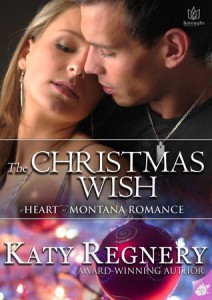 Waitress Tess Branson has earned a bad reputation, and the nickname “Fast Tessie,” as result of her poor judgment where men are concerned. Tess learned from a young age that men – of all ages – were interested in one thing from her and one thing only. But all Tess ever really wanted was to connect with someone special – to mean something to someone. Lucas Flynn, the short order cook at the restaurant where Tess works, has just been released on parole. He’s trying to get his life back on track, but can’t help noticing the pretty waitress who treats him kindly, despite his past. At Lucas’s urging, Tess makes a wish on a star, but they’ll have to rely on the magic of Christmas to help it come true.

The Christmas Wish is a novella and can be read as a standalone.

Name the top five tunes you have on your (Music) Ipod, etc.

Such a fun question…I’m going to pop over to iTunes and look up the five songs that have been re-played the most often in a repeat mode, and I’ll try to remember what I wrote when I played them! Here goes:

Just Give Me a Reason (P!nk) – 302 plays
I had no idea this was my most played song (for my shortest book, no less!) This is the song I played over and over and over again for three days as I wrote “The Christmas Wish”! A little over 20 hours of this song. (Wow!) I remember very clearly listening to it as I wrote Tess and Lucas’s story – I especially liked the words We’re not broken, just bent, and we can learn to love again. That’s sort of the whole thrust of “The Christmas Wish” so it’s no wonder the song resonated so deeply.

Morning Has Broken (Hanan Harchol) – 243 plays
This one doesn’t surprise me – it’s a really beautiful, guitar rendering of the Cat Steven’s hit (which is really an old Scottish hymn. The hero of my current WIP, Playing for Love, which is a re-work of an old manuscript, is a guitar player and he plays Morning Has Broken to cajole the heroine out of a bad mood. I tried to listen for the musician’s fingers moving up and down the strings so I could describe Zach playing like that.

Box of Stones (Benjamin Francis Leftwich) – 166 plays
I heard this song a couple of months ago on a Lifetime Movie special about two Amish kids who find forbidden love with one another. At the time, I was in the middle of writing Paul Johansson’s story, Meeting Miss Mystic, Heart of Montana #4. And there’s such a poignancy in the music, and such a sweet poignancy in Paul. He’s definitely a beta hero – he’s kind and thoughtful and really in touch with his feelings. This song really feels like Paul.

Cannonball (Brandi Carlile) – 154 plays
This is another Meeting Miss Mystic song and one I really love. It begins I was born when I met you, now I’m dying to forget you. In Meeting Miss Mystic, Paul and Zoe meet on-line and Zoe has misrepresented herself terribly, so when they finally meet, she knows who he is, but he doesn’t recognize her. There’s such a sadness in the song which really mirrored Zoe’s own sadness.

When the Night Comes (Dan Auerbach) – 91 plays
Oh, man. This song. I almost tremble when I think about this one. This was my sex-writing song for It’s You: Origins, which is my first of a two-set paranormal series out in the Spring of 2014. The characters are so incredibly intense and their chemistry blows my mind. They’re fated to be together, even though they waited twenty years to find each other…I mean, they’re inevitable. No matter how they might fight their attraction and connection, it doesn’t matter. They must be together. Which is part of what makes their story so sexy and the primary feeling I get from the song – inevitability and surrender. 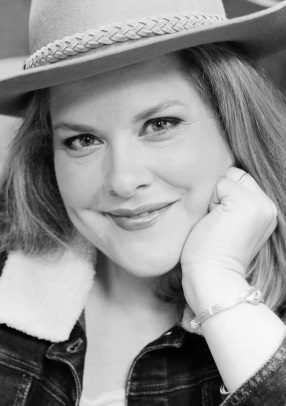 KATY REGNERY, winner of several regional RWA contests, has always loved telling a good story and credits her mother with making funny, heartwarming tales come alive throughout her childhood. A lifelong devotee of all romance writing from Edwardian to present-day, it was just a matter of time before Katy tried her hand at writing a love story of her own.

As it turned out, one love story turned into a series of five Heart of Montana romances, following the love lives of the Yellowstone-based Lindstrom siblings. In addition to small-town contemporary romance, Katy is presently writing a paranormal romance that takes place in northern New England and the forests north of Quebec.

Speaking of forests, Katy lives in the relative-wilds of northern Fairfield County, Connecticut where her writing room looks out at the woods and her husband, two young children and two dogs create just enough cheerful chaos to remind her that the very best love stories of all are the messy and unexpected ones.