#SixforSunday is hosted by Steph at A Little But A Lot. Every week there is a bookish-themed prompt to inspire 6 choices.

Today’s topic is Fireside Reads. I wish I could say there was some rhyme or reason to the stories I chose. While most are set at winter and make me want a fire, that isn’t the case for all of them, but they still came to mind as books I’d want to read by the fire.
END_OF_DOCUMENT_TOKEN_TO_BE_REPLACED

#SixforSunday is hosted by Steph at A Little But A Lot. Every week there is a bookish-themed prompt to inspire 6 choices.

Today’s topic is Books You Want to Give as Gifts. All of these are books are special to me and are so worth sharing!
END_OF_DOCUMENT_TOKEN_TO_BE_REPLACED

Top Ten Tuesday is hosted by That Artsy Reader Girl.

Happy Tuesday everyone!! I hope your week has gotten off to a good start! Today’s Top Ten topic is Auto-Buy Authors.
END_OF_DOCUMENT_TOKEN_TO_BE_REPLACED

Top Ten Tuesday is hosted by That Artsy Reader Girl.

Happy Tuesday everyone!! I hope your week has gotten off to a good start! Today’s Top Ten topic is Favorite Books Released In the Last Ten Years.

Let me start by saying this just doesn’t seem fair!! This has got to be one of the absolute hardest things to do!! How can I choose?? Just the idea was daunting, let alone the actual process! But, I managed. Some of these aren’t necessarily my favorite that year, but I just couldn’t decide so I picked one that would be tied for the position.
END_OF_DOCUMENT_TOKEN_TO_BE_REPLACED

January was a decent book month for me. I finished 21 books. I gave up on about 10, but I was able to discover some real gems! I gave 8 books 5 STARS!!! Not bad! And, I had a good bunch of honorable mentions.

Let me start with sharing my favorite 2019 read so far ~ 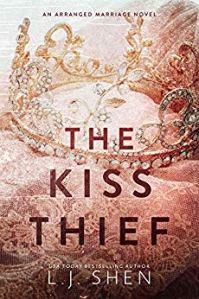 END_OF_DOCUMENT_TOKEN_TO_BE_REPLACED

Ali here ~
So, let me introduce you to my flavor of the day, Brant!

Brant Talbot runs a glitzy network of high-end bars in New York City, enjoying all the benefits of the lavish lifestyle he’s worked so hard to achieve. When he learns that his estranged father is dying, he must return to his family’s Kentucky horse farm – and to a past he thought he left behind.
While facing long-buried truths, he collides with his father’s secretary, Isabelle Farris. Despite his undeniable attraction to the beautiful, independent young woman, he sees secrets in her eyes and believes she has designs on Graystone Hill.
Now the one woman he can’t afford to trust is about to become the one he can’t let go.
THIS IS A STAND-ALONE SIGN OF LOVE NOVEL, INSPIRED BY CAPRICORN. Contemporary Romance: Due to strong language and sexual content, this book is not intended for readers under the age of 18.

My God.
He was even more stunning in person, because he wasn’t only handsome. He was also solid and broad and exuded a masculine intensity that made my heart skitter nervously in my chest.

Yummy, huh?!? Well, his appearance wasn’t all he had going for him!

Belle was an independent woman who wouldn’t react well to being tied to my headboard indefinitely. But Lord, the temptation was strong to do just that.

His alpha protectiveness is HOT!!!

This story is beautifully written and will pull at your heart strings! It’s a love story (#loveafterloss & #cityboycountrygirl), but it’s so much more! There’s mystery and suspense. Familial relationships being restored. Betrayals. All with some steamy chemistry! Oh, and Mia Sheridan very nearly pulled some tears from my usually very dry eyes! There’s real depth to the characters, even the secondary ones, and the plot is laid out perfectly with all its intricate details. Ms. Sheridan just doesn’t disappoint, and I can’t wait to see what she has in store for us next!